The best social media stories and campaigns from October 2019

Another month full of social media platform news, stories and campaigns. This month, we’ve got Twitter, Instagram and Facebook news, plus campaigns from Movember, Domino’s and more.

Remember to check out our bundle of Social Media Best Practice Guides, and Econsultancy subscribers can also watch our latest social media webinar on demand.

Movember’s star-studded campaign ahead of November

Men’s health charity Movember has recruited some celebrities to raise awareness for the annual fundraising campaign.

The campaign is a tongue-in-cheek take on a public service announcement with the celebrity influencers offering up humorous moustache ‘facts’ – for example Merchant claiming Queen’s record sales were solely down to Freddie Mercury’s moustache.

Stephen Fry’s involvement is probably the most notable having dealt with mental health issues (bipolar disorder) and prostate cancer, two of the charity’s causes.

Stephen Fry has a quite interesting fact about the origins of the word moustache that might just tickle your fancy. 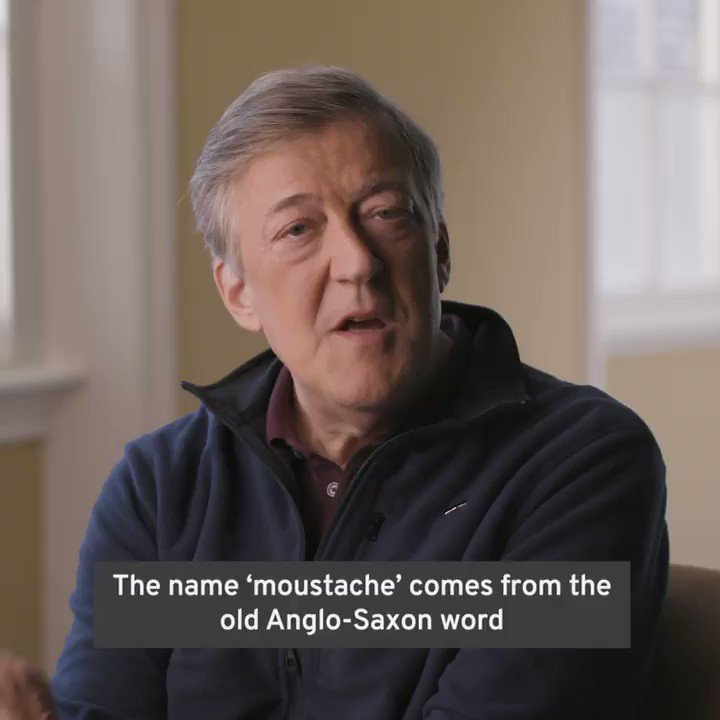 21 people are talking about this

Twitter CEO Jack Dorsey has prioritised ethics over his company’s bottom-line by announcing that the company is banning political advertising on its platform, globally.

We’ve made the decision to stop all political advertising on Twitter globally. We believe political message reach should be earned, not bought. Why? A few reasons…

122K people are talking about this

Dorsey’s Twitter thread acknowledges the impact social media can have on the outcome of political affairs.

We’ve seen in recent years how political advertisers have used and (in some cases) weaponised social media user data and ad-targeting tools to deliver tailored ads, to influence behaviour among specific sets of voters.

Although it’s difficult to quantify the exact impact such activity has had on the outcome of both elections and referendums, scandals like Cambridge Analytica brought to light the scale and effectiveness of these operations.

Amidst the backlash against lies in political advertising on Facebook recently highlighted by Alexandria Ocasio-Cortez, Dorsey has seemingly used the moment to his advantage.

Snapchat continues to make 2019 a success with its third consecutive quarterly user-growth report, as per the company’s Q3 2019 earnings.

Standing at 210 million users globally, rising 7 million users from Q2 to Q3, and 24 million users year-on-year, it’s evident that Snap’s work to rectify the decline in growth it experienced in 2018 through compelling innovations and platform updates (namely the updated AR Lens filters which Snap’s CFO attributed a lot of its user growth to) has paid off.

And speaking of updates, Snap is hopeful to see its growth swell further still with its new Dynamic Advertising option for brands.

Dynamic Ads are described as “…a simple way to create mobile ads at scale, while preserving the identity of a brand’s products through appealing mobile-native templates.”

In other words, the new ad format allows brands to create high quality creative from an array of templates specifically designed to showcase products visually in a format that is native to Snapchat. In turn, this should cut down the amount of time and effort advertisers spend manually creating ads.

Possibly the most significant result of dynamic ads is ‘increased ad relevance’ – allowing brands to sync a product catalog and select a specific audience and campaign objective, with Snapchat then delivering the ad in real-time.

The clever part comes when product changes occur (i.e. price or availability); at that point, Snapchat adjusts the ads accordingly to continuously tailor the shopping experience to users’ “preferred interests”.

Instagram is making it easier to slide into your friends DMs

The standalone messaging app has been “designed with privacy, speed, and your close connections in mind”, according to Instagram’s Director of Product.

Threads gives users much more control over the Instagram accounts they interact with and allows for a customisable experience around the people who matter most to them.

In other Instagram news, the platform is toying with the idea of bringing direct messaging to its desktop experience, according to Jane Manchun Wong. 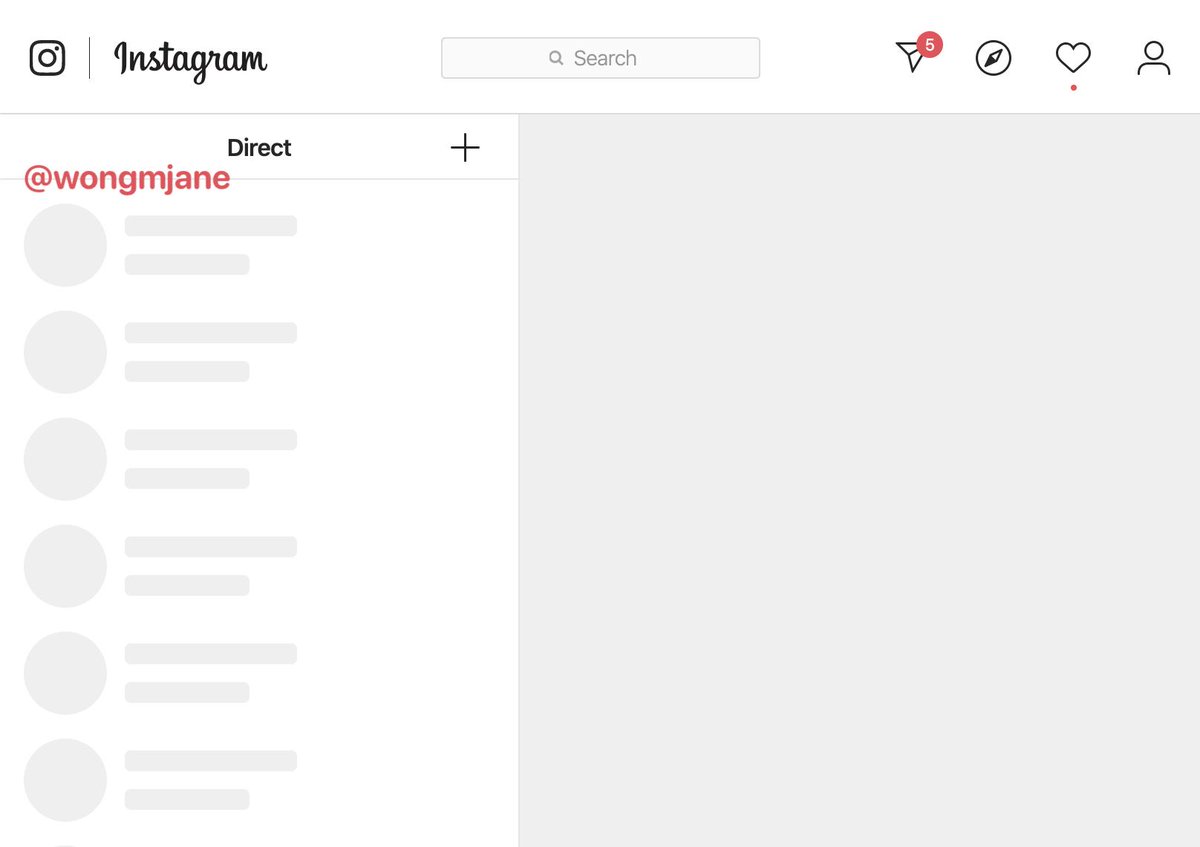 195 people are talking about this

This would allow users more places to message their friends and benefit Instagram users living in regions with poor or no mobile data connectivity.

Unless you’ve been living under a rock for the past three years, you’re well aware of the position the UK finds itself in, in regard to Brexit and politics in general (spoiler: it’s an absolute mess).

To create this experience we’ve teamed up with @TheTimes 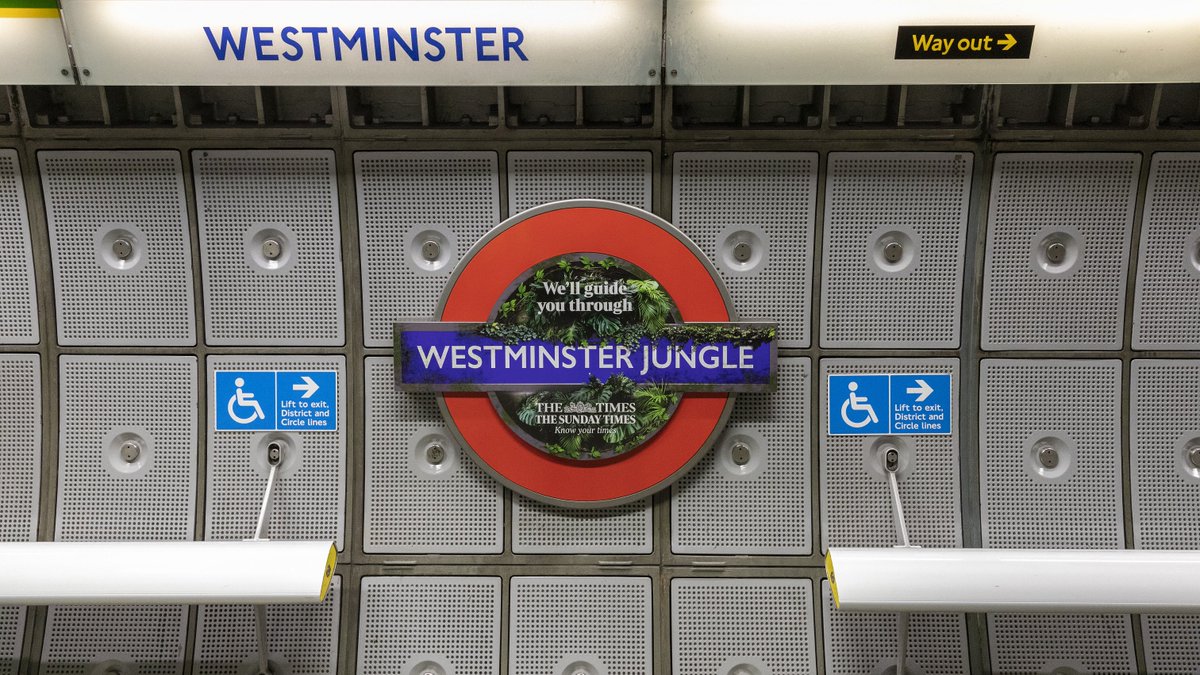 23 people are talking about this

As such, The Time and The Times on Sunday teamed up with TFL to promote their latest campaign, ‘Politics. Tamed’, using Westminster Station (the closest station to the House of Parliament) as its focal point, renamed ‘Westminster Jungle’. 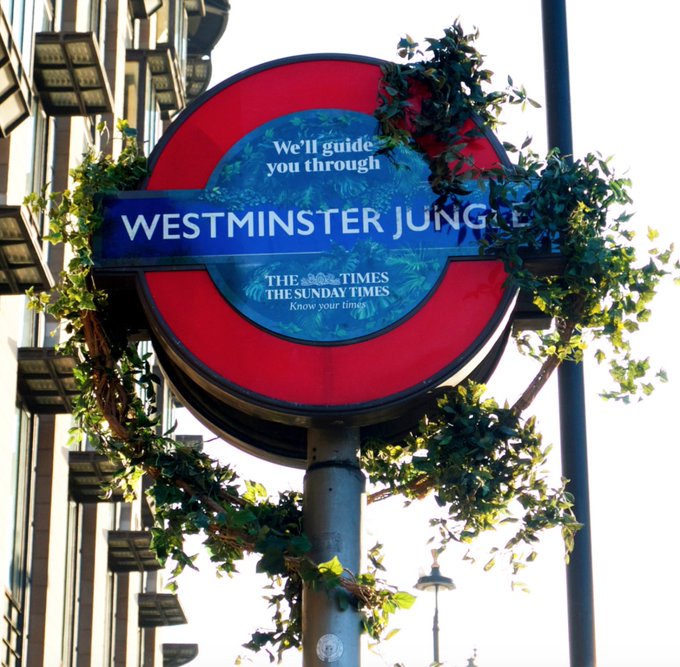 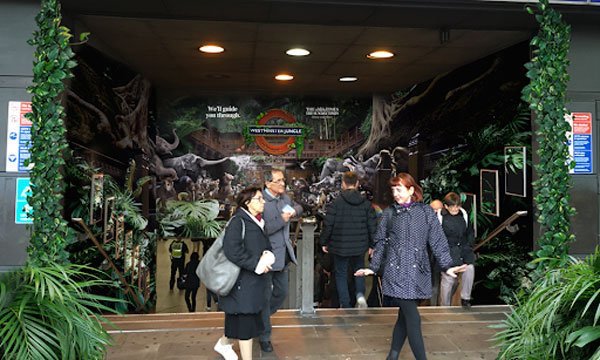 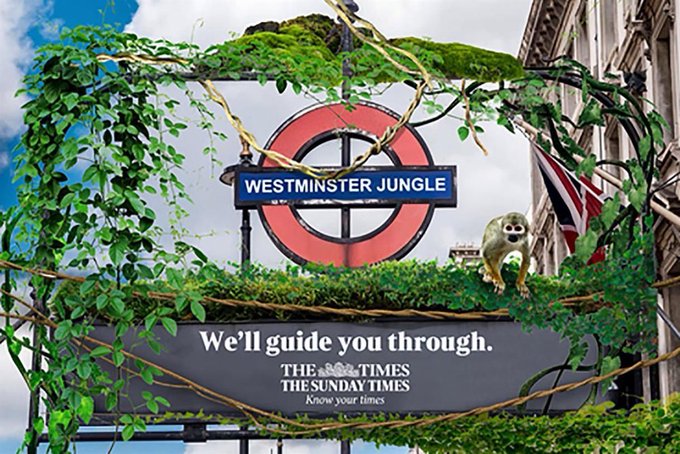 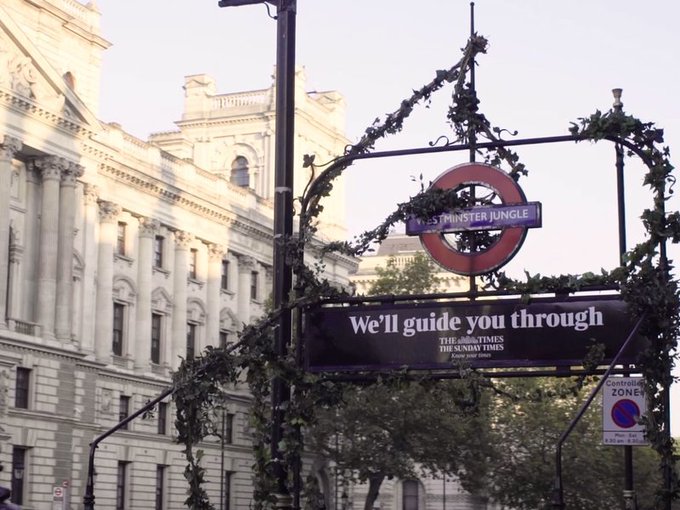 A very effective activation, given the current state of affairs in British politics is still the number one talking point.

Last year, Facebook introduced AR ads to its News Feed and now Instagram is doing the same with its ‘try on’ feature – which allows users to interact with advertised products virtually and try them on.

According to Mashable, ‘try-on’ will be limited to selected ad partners.  Cosmetics brands like Mac and Nars, and eyewear brands like Warby Parker, have been greenlit to test out the feature on potential customers. Instagram has plans to roll out it out to more products and brands over time.

Additionally, Instagram users that end up using the feature will be able to send pictures of themselves in their dream pair of Warby Parker sunnies (with Mac lipstick to match) to friends on the platform and Stories – which cleverly redirects friends to the product if they interact with the picture.

We want to make sure future generations can enjoy Tennent's in the same amazing country we all live in now, and we're on a journey to keep it that way. Because life is #BiggerThanBeer. ⁠ ⁠ Follow the link in our bio for more info.

‘Because Life is Bigger than Beer’ signals a change of tack for the brewer, opting to surface wider societal issues – possibly to engage younger, more conscious consumers unfamiliar with the brand.

The campaign also includes collaborative pop-up workshops, with 2050 Climate Group, around the UK to engage its target audience offline and to further position itself as a sustainable brand.

The social media network is paying for its inflated video metrics sins with a incoming court settlement totalling $40 million, according to a story in the Hollywood Reporter.

It is believed that back in 2015 – when publishers began to ‘pivot to video’, Facebook miscalculated its metrics on its video viewership metrics reports (sometimes by up to 900%), and did not take full responsibility for the resulting implications – i.e. significant waste of ad money for brands and bad strategy for publishers.

As Econsultancy Deputy Editor, Rebecca Sentence pointed out last year “…Facebook’s video ad stats really were too good to be true. By the time it was revealed that whoops, Facebook might have made a teensy error in the way that it calculated its viewership metrics, causing them to be accidentally hugely inflated, the house of cards was already collapsing.”

This follows a $5 billion settlement with the US Federal Trade Commission (FTC) earlier this year.

The ‘World’s Biggest Pizza Company’s’ humorous ad for the campaign sells the ‘joy’ of a comfortable night in with a Domino’s Pizza over various other outdoor activities.

The campaign does a good job of explaining FOMO and JOMO through relatable storytelling. This is rounded off by the memorable voice of Simon Bird, to help connect with the Domino’s target demographic.

25 years of media agencies development through digital & data infusion Hugues began his carreer in ‘92 as Research Manager for Media+Square (now WPP Mindshare) and than as Research Director for Initiative Media in ‘98. In 2000, he created Fastbridge - the digitale agency of Initiative Media In 2006 & 2007, Hugues was the Digital Director Europe Middle East Africa for Initiative. In 2008, he has been promoted as Chief Strategy Officer for Mediabrands. He begon at Havas Media in Sept 2010 where he is now the CEO’s. Hugues is also active in many professional media associations (UMA (President 2012-2013) - CIM (President of the strategy comittee, former president of TV Commission TV, former president Internet-commission) – GRP – IAB - ...). He is also responsible for several readings at Solvay Brussels School . I‘Am A Bridge is Hugues blog project: www.huguesrey.com In 2010, Hugues was very proud to receive a “Lifetime Achievement Award” during the Mixx Award View all posts by huguesrey