“Major trends are reshaping business and society, including the way we live and work,” according to the McKinsey Global Institute.

That “we” includes our customers, of course, but also us as marketers—those of us who need to venture out into that rapidly transforming world to do our jobs.

And to do that job well, we need to have strategic insight—an understanding of the big picture—including major trends worldwide. An infographic from the McKinsey & Company institute highlights 10 sets of charts and data on the global economy that offers a look at 10 top trends.

From automation’s effect on gender at work (N0. 6), to regional labor market trends in the US (No. 5), to changing consumption costs (No. 8) and more… the infographic provides a useful overview of the global economy in which we operate.

Elke graduated in 2001 as a Communication Scientist at the Catholic University of Leuven. After her studies, she started working there, first as an assistant in mass communication and marketing, and later as a PhD student studying the impact of word of mouth and influentials on travel behavior. It was the beginning of her passion for the tourism industry and it has not disappeared ever since. In 2004, Elke started out in the national tourism agency VISITFLANDERS, working on marketing activities to stimulate the domestic market. In 2008, she internally switched position towards online marketing. In 2012, she became the marketing director, responsible for all marketing activities of the VISITFLANDERS office in Brussels and the network abroad. Since 2016, she combines this current position with the chairmanship of the European Travel Commission marketing group. Together with 32 European countries, the European Travel Commission strives to build the brand ‘Europe’, and develop and promote it as a long-haul destination.

Véronique graduated in 1993 as a licensee in Commercial Sciences at ICHEC. She started her career on the field as sales promotor before moving to agency side at VVL/BBDO as a junior account manager on local and international brands. In 1998, she decided to switch side and discover the life of an advertiser where she held different marketing positions and worked for brands like Ericsson mobile phones, Warner Bros & Eurostar. In 2007, she stepped into the consulting business at The House of Marketing, where she held various positions, from Senior Consultant to Business development and member of the managing team. Her curiosity and entrepreneurship pushed her to continue her career as a freelance marketing consultant combining marketing projects at Belga Films, Alpro or Colruyt Group while starting and developing her own brand in the pop-up stores business, Miss Lemon.

She was approached by Brussels Airport Company in 2017 to start the Corporate Marketing department, an offer she could not refuse : combining her love for travel with her marketing skills was actually the job of her dreams !

Havas Media Group won the ‘Most effective use of Mobile’ category at The DADI Awards 2019 with its ‘GPS data/customer mapping’ campaign for Aldi. Here, the agency reveals the challenges faced and the strategies used to deliver this successful project.

In Denmark, the distribution of flyers was poised to be taken over by one single company, creating a monopolistic situation that would inevitably translate itself into a steep price increase, calculations put the increase at 40%.

Seeing that flyer distribution was a massive operation in which Aldi was ‘carpet flyering’ (dropping a flyer in every household in any given neighbourhood) in every city where there was an Aldi supermaket without any regard to targeting, the 40% increase would not be sustainable. Moreover, a recent survey in the country revealed that more than 80% of Danes don’t read Aldi’s weekly printed leaflet.

Moreover, we also needed to move Aldi into the 21st century with a digital flyer that would attract younger readers, reducing their dependence on printed flyers.

We used data and technology to provide insight to optimize the distribution model for printed retail flyers. This optimization would in turn allow us to reinvest savings into the production of a digital flyer and its subsequent promotion.

This strategy would allow us to intelligently reduce the distribution of leaflets in areas with low or no potential/customers, or ad new area if relevant for each of the individual shops. The idea was to match the distribution area with the actual Aldi customers.

With the savings from reducing the printed leaflets, we initiated a digital transformation for Aldi to give them an online presence – specifically against a younger and more connected target group.

Along with increasing the number of digital readers, the online presence also had the objective of raising Aldi’s general awareness levels, and thereby also increase the number of readers of the printed version.

We started by digitally mapping customers that shopped at each of Aldi’s 189 stores with the help of geo-data. We did this by using mobile app-data from those customers. Once they were mapped pinpointed where they lived thanks to a key insight: their night-time location – if you remained on the same location from 02-04 am, chances where that you were sleeping at home.

We were able to pinpoint where our customers lived, including at the granular level of distances from their closest ALDI Shops: :

Before the operation, the number of flyers that where being distributed numbered 1,227,656. In Q2 we reduced flyers by 310 000, this had such a minimal impact on sales that we could not really link it to the operation. In Q3, with the knowledge, experience and evaluation from the first reduction we applied a second reduction plan (we eliminated 175K) now bringing the distribution down to 742,922 households.

With close to a 50 % reduction in flyering compared to the previous year, some stores did however experience reduced turnover, so after a detailed evaluation of every single shop, including a competitive analysis and other local influential factors, the distribution was raised to approx. 860,087.

We also developed all digital assets for the digital flyer – And launched it all the while updating and optimizing products, visuals, animations etc. on a weekly basis.

Additionally, we managed to reach a totally new segment thanks to the digitalization of the flyer: a much more modern, younger, urban family segment that spends more than the traditional Aldi customer. In this process it instantly became very clear that urban areas had a much higher performance, when being targeted with Aldi’s digital leaflet.

This project was a winner at The DADIs 2019.

Technology will continue to redefine the media landscape in 2020, creating opportunities and challenges for marketers.

As ad spend on social and tech platforms continues to grow, technology innovations will also enable a renaissance in real-world engagement. According to Kantar’s global 2020 Media Trends & Predictions report marketers and media owners will be challenged to develop the skills, engagement models and measurement capabilities to meaningfully engage consumers in the crowded media landscape.

Kantar predicts there will be a digital paradox; while new and evolving media channels will create opportunities, the deluge of digital touchpoints will make it more difficult to connect with consumers. Marketers will also need to navigate the ‘data dilemma,’ meeting consumer demand for relevant, personalised content, without breaching trust and privacy. And as third-party cookies start to crumble, advertisers will need to find alternative measurement solutions.

The spaces that brands can credibly occupy:

The context and catalysts for change

2020 will be an exciting year for marketers. Increased advertising and content possibilities, along with the data generated, create a plethora of opportunities for marketers and media owners. With new opportunities though come new challenges. Emerging foundational technologies could transform media usage, and other industry shifts, such as the demise of third-party cookies, will force marketers to evolve how they measure audiences across screens and wider campaign effectiveness. Other channels, like influencer marketing and the newer audio channels, will face a make-or-break moment; their credibility could be at risk unless they evolve and live up to their promise. Marketers will need to improve their understanding of how different touchpoints effectively work for their brands – online and off.

Andy Brown, CEO, Media Division at Kantar, said: “We are launching Media Trends & Predictions at a critical time for the industry. Bringing together expertise and currency-grade data from across Kantar, this collection provides a window into the forces that are shaping the media landscape and we look forward to continuing these important discussions with our clients and partners throughout 2020 and beyond.” 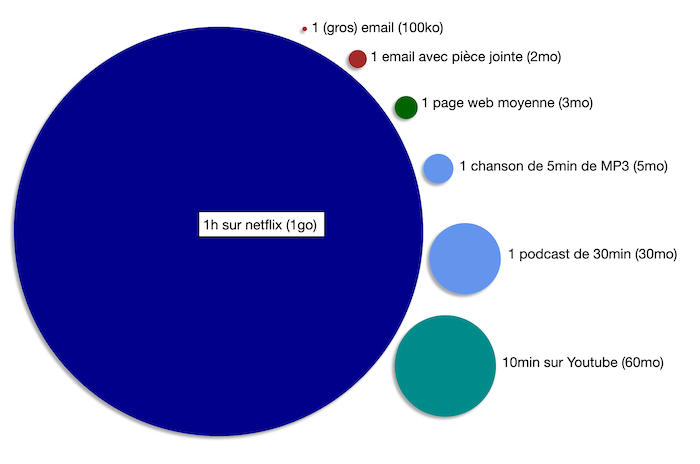 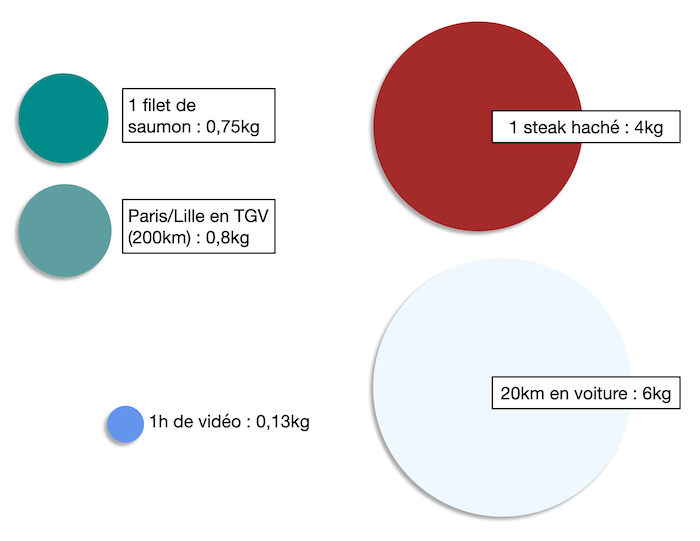 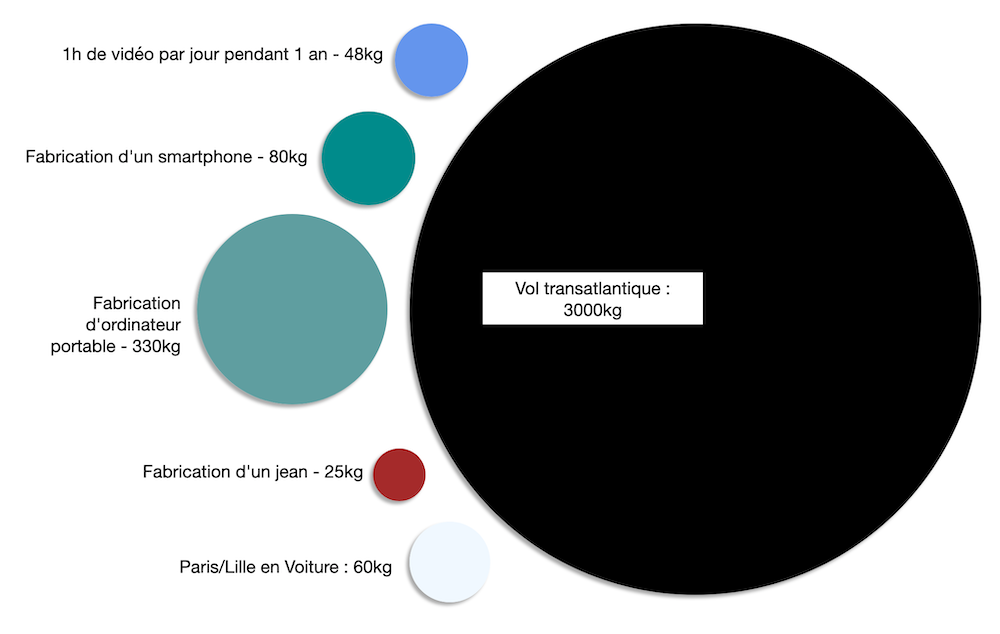 The programme is aimed at professionals in communication and marketing who want to go deeper into their knowledge in marketing and/or digital communication.